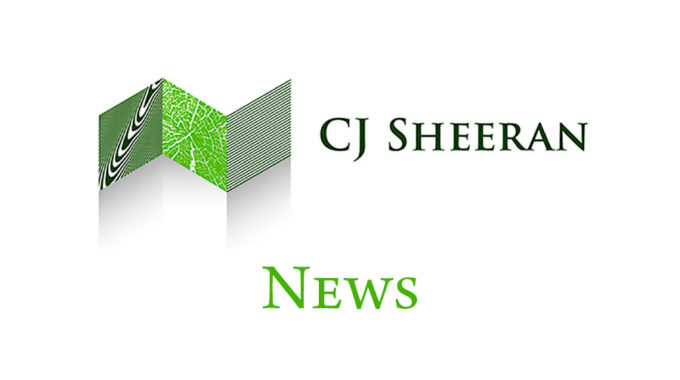 “ComfyBed(R) Equine Bedding were delighted to be announced winners of the Green Initiative Award at the MidlandsIreland.ie Best in Business Awards 2012 at an event held at the Hodson Bay Hotel, Athlone on Thursday 21st June.

The Green Initiative Award, sponsored by Bord na Mona, celebrates excellence in sustainability and encourages green best practice amongst Ireland’s organisations. The award category aims to award outstanding achievement in the development of products and operations that have a significantly positive environmental impact.

On hand to accept the award, manager Ashleigh Doyle stated “We’re absolutely thrilled to receive this recognition. It’s testament to all of the hard work, dedication and indeed innovation of the staff of CJ Sheeran Limited”.

Launched in 2011, ComfyBed(R) Equine Bedding is manufactured specifically for the equine industry from wood generated from our pallet plant.

ComfyBed has been credited with reducing the risk of horses contracting a respiratory problem called Chronic Obstructive Pulmonary Disease (COPD), a major concern for top-flight breeders and trainers. The product undergoes rigorous and consistent screening and testing to ensure compliance with the applicable standards and legislation.

ComfyBed has already won pride of place as the main bedding used in the 2011 RDS Dublin Horse Show amd every year thereafter. The company have also recently commenced exports of this Irish Equine Centre approved product to the UK.

CJS specialise in the manufacture of timber packaging and pallets and wood waste recycling and also manufacture ‘The Garden Gate’ range of garden and farm timber products such as gates, fencing panels, garden sheds, swing seats, dog kennels and children’s swings, slides and playhouses, available at over 250 nationwide resellers.”